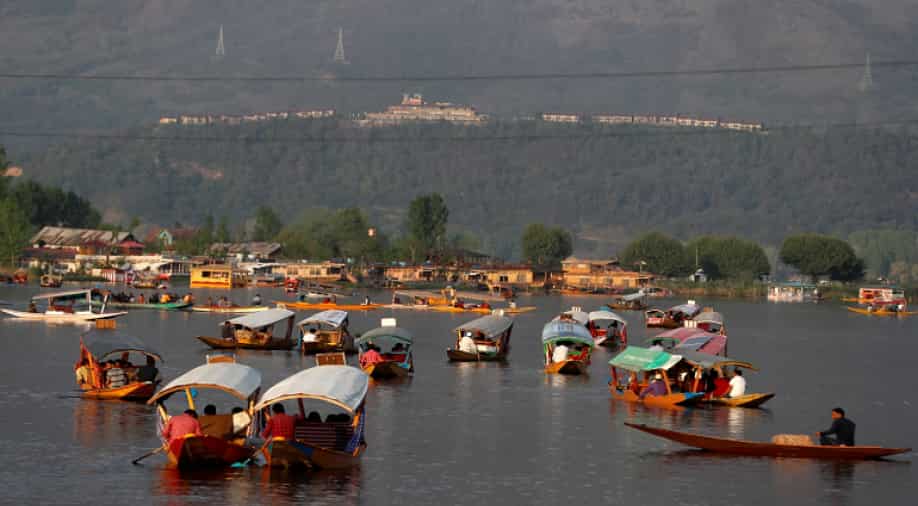 Many people say that Kashmir is the most beautiful place in the world. It is said that if there is paradise on Earth, it is in Kashmir. But its beauty sometimes attracts people from enemy countries to Kashmir. They came here to rule the Kashmiri Aawam, but our security forces shattered their dreams and sent them where they really belong.

The Kashmir issue has existed since the creation of Pakistan when Jinnah demanded a separate country for the Muslim majority. At that time, the current Governor-General, Lord Mountbatten, proposed that the princely states either merge with India or Pakistan or remain independent. At that time, Raja Hari Singh was trying to negotiate with India and Pakistan to have an independent status for his state. Since the majority of the state’s population was Muslim, Pakistan thought Kashmir was theirs.

On August 15, Raja Hari Singh proposes to sign a status quo agreement with the two countries for the free movement of goods and people. Pakistan signed this agreement but not India. This made Pakistan impatient and they started violating the agreement.

The war was first fought between the J&K Police and tribal militants in the North West Province. As pressure mounts, Raja Harisingh asks India for help, but India can only send its troops after the state signs a formal instrument of accession. On October 26, the Maharaja signed the Instrument of Accession, which was later corrected in 1954.

Despite its advantageous position, India has accepted the UN ceasefire resolution and has accepted Eblicity in Kashmir under 2 conditions:

1. Pakistan should withdraw its forces from the state of Jammu and Kashmir (Pakistan occupied Kashmir).

2. The authority of the Srinagar administration over the whole state must be restored.

The Kashmir issue is now a political agenda for the Pakistani government.

In Pakistan, political parties are using the Kashmir issue to gain the support of their citizens. They make false promises to their citizens by collecting heavy taxes from them in the name of development and infrastructure and using this money to fund terrorists in the Kashmir liberation war. . In reality, Pakistan fought 3 major wars with India in 1947-48, 1965 and 1971, respectively, and armed conflict in Kargil (1999). After a brutal defeat, they try different methods in order to achieve their goal.

Pakistan’s Modus Operandi has shifted from conventional warfare to unconventional warfare. They use different techniques to sow chaos in the North West Province of India like radicalizing people, converting Sangbaaz into militants, hiring hybrid terrorists, etc.

Some of the most famous terrorist start-ups founded and funded by Pakistan are:

These organizations use radical ideologies to convert Kashmiri youth into militants, starting with stone throwing (Sangbaaz) against Indian security forces. By targeting local poor families and their young people, they hope to instill resistance in security force operations and administrative work in Kashmir.

After the curious case of Burhan Wani, Indian security forces and government worked on a multi-pronged approach to deal with terrorist activities in Kashmir. Their main goals are to stop illegal foreign funding from enemy countries, conduct awareness programs in Kashmir and like Operation Maa, in which they convert Sangbaaz into a normal youth with the help of their mother, so that they can return to their family without being killed and live a new normal life. Operation All-out was also launched by our security forces in 2017 until there is complete peace in the state.

The major change came in Kashmir when Article 370 was abolished in 2019. Experts believe that this will bring a major change in the development of Jammu and Kashmir and also deliver a massive punch in the jaw of the Pakistani government and its terrorist organizations. Many schools, colleges, research centers, shopping centers and hospitals will soon be built in Kashmir. This will bring a massive change in the lives of Kashmiris. In his recent interview, Army General KJS Dillon Sir said that Kashmir is changing. People have now changed their agenda from free Kashmir to infrastructure development. After all, they also want a good education, better health facilities and good jobs in their area. Their confidence in Indian security forces is now also increasing with their support. Terrorist activities in Kashmir has abruptly decreased and hopefully in the near future Kashmir will become a terrorism free state or could be the next start up hub like Bengaluru. We never know.