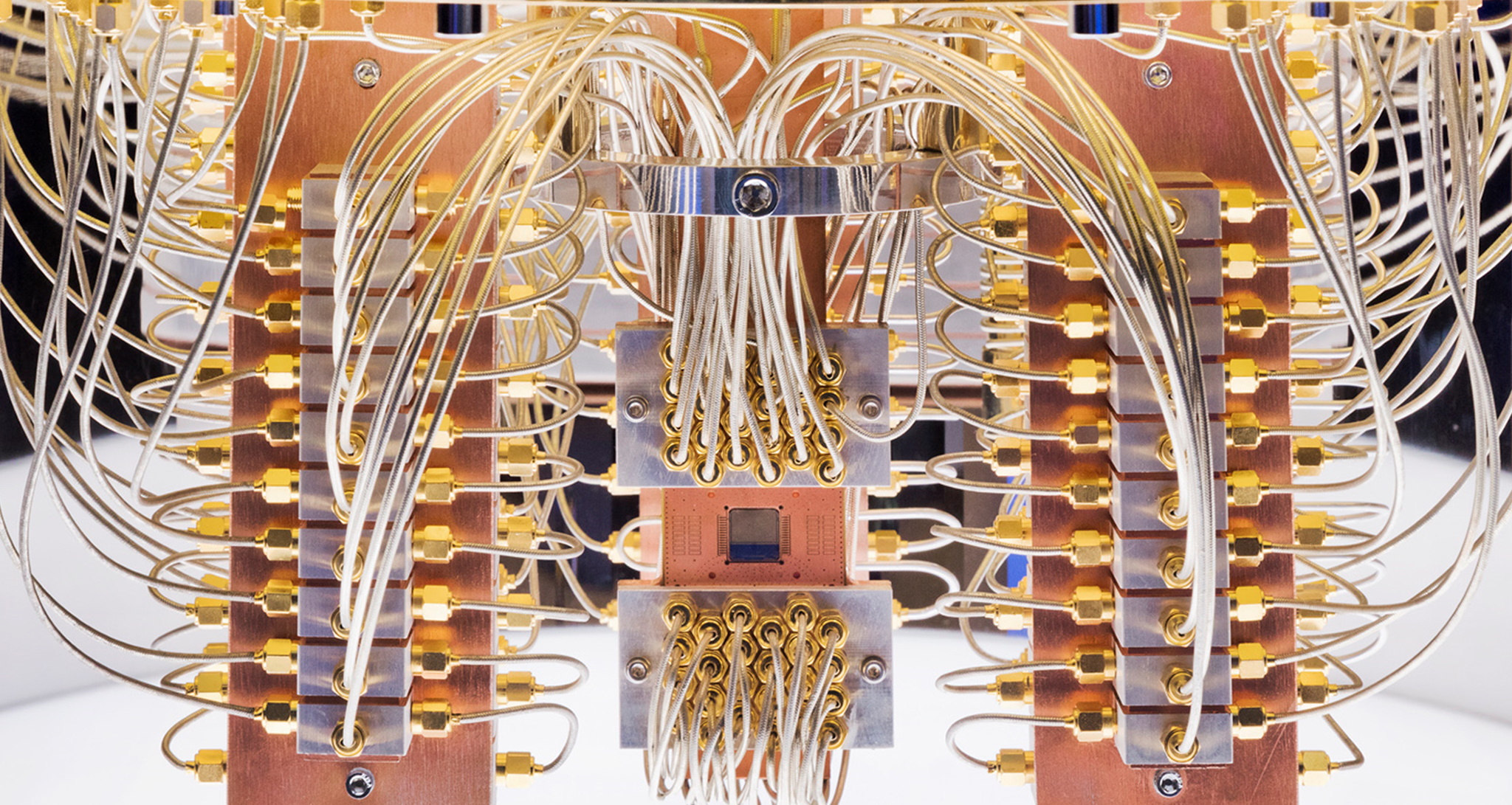 We work with leaders in quantum computing to create the tools developers will need to program the ultra-high performance systems of tomorrow.

As quantum computers improve, researchers share a vision of a hybrid computing model where quantum and classical computers work together, each addressing the challenges it is best suited to. To be widely useful, these systems will need a unified, efficient and easy-to-use programming environment.

We are building this gateway to the future of computing today. Starting with commercially available tools like NVIDIA cuQuantum, we collaborate with IBM, Oak Ridge National Laboratory, Pasqal and many more.

First, we develop a new quantum compiler. Called nvq++, it targets the Quantum Intermediate Representation (QIR), a low-level machine language specification that quantum and classical computers can use to communicate with each other.

Researchers from Oak Ridge National Laboratory, Quantinuum, Quantum Circuits Inc. and others have joined the QIR Alliance, led by the Linux Foundation. It allows for an agnostic programming approach that will deliver the best of quantum and classical computers.

Researchers at Oak Ridge National Laboratory will be among the first to use this new software.

Ultimately, we believe the HPC community will embrace this unified programming model for hybrid systems.

You don’t have to wait for hybrid quantum systems. Any developer can start world-class quantum research today using accelerated computing and our tools.

NVIDIA cuQuantum is now in general release. It runs simulations of complex quantum circuits with libraries for tensor networks and state vectors.

And our cuQuantum DGX Appliance, a container containing all the components needed to run cuQuantum jobs optimized for NVIDIA DGX A100 systems, is available in beta.

Researchers are already using these products to address real-world challenges.

Our quantum products are supported by a growing business ecosystem.

Additionally, other companies now support cuQuantum in their commercially available quantum simulators and frameworks, such as Classiq’s Quantum Algorithm Design Platform from Classiq and Orquestra from Zapata Computing.

They join existing contributors, including Google Quantum AI, IBM, IonQ and Pasqal, who announced support for our software in November.

Sign up for this week’s GTC for free, to hear QC Ware discuss his research in quantum chemistry.

This is among at least ten sessions on quantum computing at the GTC. And for the big picture, watch NVIDIA CEO Jensen Huang’s GTC keynote here.