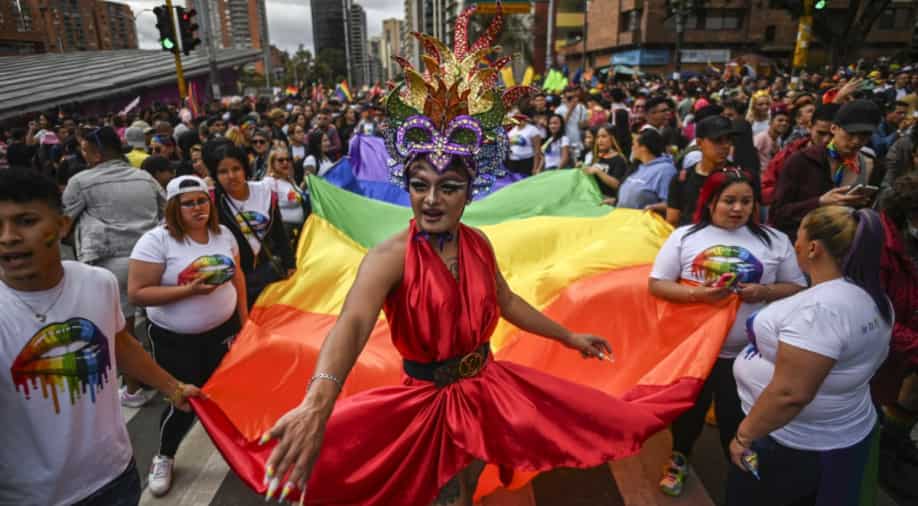 Enough with the rainbow wash

Months before June, companies’ marketing calendars remind them to start working on their Pride campaigns: the graphic design department decorates logos and slogans with colorful rainbows; the editorial department writes jingles and puns with weird jargon, and the finance department estimates how much profit the campaign should generate. As Pride Month rolls around, the corporate world explodes into a colorful carnival of pro-LGBTQ+ ads, campaigns and brand changes. What was once a civil rights protest and riot demanding equal rights is now part of the corporate pipeline. Nonetheless, pride offers companies the opportunity to clarify their values, show support for their LGBTQ+ employees, and in the best-case scenario, use their platforms to demand social change.

Various companies around the world are looking to create a better experience for their employees to promote loyalty, minimize turnover, and drive better engagement. As part of these efforts, companies allow individuals to be themselves. With the celebration of Pride Month, most employers have been thinking about how to better support members of the LGBTQ+ community in their workforce during a time of increasing adversity for this group. When June 1 rolled around, companies like Facebook and Walmart rolled out shelves of colorful merchandise, flooded their social media pages with rainbows and ran sympathetic ads.

As June arrives, companies are scrambling to make sure their consumers know how much they support the LGBTQ+ community. But the catch is that now that Pride Month is over, companies will put their shelves of clearance merchandise, clean their social media pages of rainbows, and stop running compassionate ads. Historically, corporate support seems to all but disappear on July 1, leaving LGBTQ+ people and allies to wonder if a company really cares about the community after Pride month ends, or if it’s just participating in the rainbow wash. sky.

Now the question is, what is Rainbow Washing? The rainbow wash is an aesthetic medium, and it’s all about marketing and profit. The key thing is that some companies actively support anti-queer politicians, lawmakers, lobbyists and laws while pretending to be allies. At the surface level, a company’s rainbow logo indicates that it is an ally of the LGBTQ+ community. Rainbow wash isn’t the kind of thing you can google in five seconds. It takes a bit of energy and time. There are several behind-the-scenes ways a company could harm the LGBTQ+ community. The LGBTQ+ community has made huge strides in the fight to achieve the same rights at work as other colleagues. Employers and colleagues can prevent future erosion of the basic human rights everyone deserves by being more resolute in their support and actions.

The rainbow wash strips the month of pride from its political power. Pride has always been political because the month is not just a celebration but a time to stand up for the rights of LGBTQ+ people. When Pride is stripped of its political power, queer people are just there to celebrate or as a culture to take ownership because it’s fun and beautiful. The voices of queer people who suffer from violence or discrimination aren’t actually heard because Pride isn’t meant to be just fun and pretty. Let’s keep in mind and remember that the very first Pride was a riot, and the rainbow wash weakens the power of the origin. This gives companies the opportunity to dilute Pride’s message and strip it of its revolutionary teeth. The rainbow wash damages the legitimacy of Pride Month in the eyes of those who don’t support the LGBTQ+ community. Most conservatives won’t change their minds about whether or not corporations support gay people and it’s likely to spark more reactionary anger because they see it as evidence that gay people are influencing the public. But at the same time, I believe that The rainbow wash isn’t too bad, though. Previously, companies did not do business with LGBTQ+ people and turned them away. Today they adorn rainbows. It’s a sign that the acceptance of queer existence is fundamentally different than it was 10, 15 or 20 years ago. While slapping a rainbow on your company logo isn’t enough, you shouldn’t completely dismiss the idea that changing a logo to a rainbow isn’t necessarily a bad thing.

While the exploitation of the LGBTQ+ community is cause for anger within some parts of the community, corporate support is better than before. Companies that find it more profitable to publicly express their support for the queer community isn’t necessarily a bad thing. While it makes sense for companies to make monetary profits, the problem is when does that take away LGBTQ+ voices. Imagine if a friend said: We celebrated your birthday, so now I’m going to ignore you for the rest of the year. Pride month or the notion of being an ally of the LGBTQ+ community and fighting for civil rights should last the whole year and not just a month or a day.

So if the main outcome of Pride Month is that in June we go to a parade, buy a rainbow tagged product, or buy a cute t-shirt, those events have been stripped of much of their power. What businesses and society need to unleash is a year-round fight for LGBTQ+ wellbeing, from healthcare to safe housing to non-discrimination, both within businesses only at the individual level.

You can now write for wionews.com and be part of the community. Share your stories and opinions with us here.